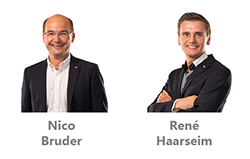 For some time now the DJ world has been subject to change. Nowadays a lot of DJs turn to digital audio medias such as MP3 and AAC instead of the traditional vinyl or CDs. A lot of mixers however still work with analogue signals and don't support MP3. It is therefore necessary to find alternatives. This is where the DJ software comes in. Installed on a laptop, they can be controlled via your mouse and keyboard. This is however can turn out to be very difficult due to some songs? fast paced rhythm. Hence you should consider purchasing a controller.

Known as MIDI (?Musical Instrument Digital Interface?) devices, a controller?s control elements take up the same functions as a laptops keyboard. The 2-deck controllers have 4 main tasks: navigating through playlists, playing songs (fast-forwarding or rewinding), mixing songs (if a mixer interface is available) and, last but not least, the effect control (e.g. scratching via the jogwheels).

Controllers, who possess a sound board, can turn digital signals into electrical ones and be connected to PA systems. In this case you, theoretically, don?t have to use a mixer altogether. Some controllers are also able to be put into a standalone modus which makes the device independent of the DJ software.